Headmaster Chris Shannon is on a two-month sabbatical. Currently, he is learning Spanish in Cuba. 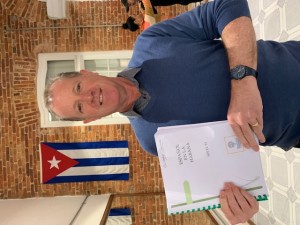 I’m now halfway through a three-week course in Spanish in Havana, trying to awaken long-dormant Spanish vocabulary and grammar first learned years ago in high school. Sitting in a class has been both challenging and refreshing. It gives me great respect for what all of our LCC students do daily and it is a reminder that deep learning of new material is a lot of effort — it’s hard!

The Barclay Language School is only two years old. Like a lot of new ventures in Havana, it appeals to extranjeros (foreigners) and our coveted hard currency. Despite notable shortages of goods and lots of visible decay in the city, the entrepreneurial spirit is emerging with this young generation of Cubans. Classmates come from all over the world — some for a week, some for a month. To survive, the language school partners with a salsa dance school. So there’s a lot of interesting energy in our narrow one-floor building. Classes are in the morning and afternoons are for exploring the city and practising Spanish with locals. More on my discoveries to come. Hasta luego! – Christopher Shannon (Pre-U ’76), Headmaster 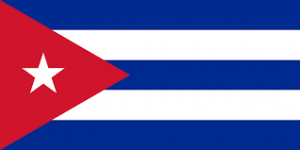 In a few weeks an LCC delegation of 60 student-musicians and teachers will visit Cuba to perform as a band and experience some of the Latin rhythms that make that island famous. Many LCC families have visited Cuba before, but likely as part of a winter vacation package where the real Cuba does not come clearly into view.

To many people’s surprise, On December 17th, American President Obama announced that the USA and Cuba would begin to resume diplomatic relations after more than 50 years of an American boycott that cut off all diplomatic and economic relations. This was implemented following the Cuban Communist revolution led by Fidel Castro in 1959.

The Castro brothers – Fidel & Raul – have been the only Cuban presidents during more than 50 years of one-party rule, outlasting 10 American presidents. The long-standing US trade embargo is still in place and Cuba has suffered especially since special economic support from the formerly-communist Soviet Union disappeared when that country collapsed and unraveled in the early 1990’s. Today the average Cuban’s monthly salary is still only $20 – virtual slave wages by Canadian standards.

Winding down the American embargo will be difficult after so many years of entrenchment. However, it is the first step in fundamentally changing the relationship between the two countries which geographically, are close neighbours, and which used to be very tightly intertwined.

But memories are long and six-thousand Americans have filed for monetary compensation following loss of assets due to Cuba’s nationalization of all private companies back in the early 1960’s. The Cubans themselves have also filed for monetary compensation from the American government for allegedly strangling economic growth in Cuba over more than two generations. And they want cash to make up for it. So we should be prepared to see more heated discussions before relations are truly smoothed over. In the meantime, the Castro regime remains firmly in power and there is no indication that Cuba’s form of national state-controlled Communism is going to disappear.

Until December, the Obama deal was a well-kept secret, and it is actually seen by some Cuban-Americans and conservative Republican party “hawks” as a betrayal of US principles – that the government should simply never negotiate with a communist regime that disallows private businesses or the fundamental right of free speech.

Cuban-American senator Ted Cruz wrote that the move “may well strengthen the Castros and strengthen a new generation of their oppressors in power unless USA’s Congress steps in to stop it”.  His Republican colleague from Florida, Senator Mark Rubio, is also sour on the deal. Considered a possible presidential candidate for the 2016 election, he recently stated that the “policy shift is based on an illusion – the White House has conceded everything and gained little”.

President Obama has described the relationship between the nations as one of “family and foe” that needed a new script. Obama takes the view that more than 50 years of boycott have not really changed much, other than entrenching mutual isolation, so he intends to be proactive. Getting this initial deal was hard enough, requiring a year of secret talks and special assistance from Pope Francis. Intentions are to see restrictions loosened on trade, travel and diplomacy and American Foreign Secretary John Kerry, will try to reestablish an American embassy in Havana. Kerry will also review and hopefully ease Cuba’s status in America as a state-sponsor of terrorism, as it is currently categorized along with countries in the so-called “axis of evil”, like North Korea, Iran, and Syria.

Cuban Americans will be allowed to send more cash home to family. Already at $2 billion a year, that flow of funds is critical to the Cuban economy – and the Cuban emigrés will soon find it easier to visit the island nation just 145 KMs off the Florida coast.

Rapprochement by the USA has been opposed for decades, especially given the fear of upsetting the Cuban-American voting bloc in Florida. However, polls in 2014 showed that 68% are now interested in a softer approach and that grows to a notable 88% for those Cuban-Americans under 30-years old.

Initial responses indicate that the shift should improve US standing in the broader Latin America region. In December in Havana, bells tolled in public squares and people were visibly celebrating. Although there are lots of cool old Chevy’s on Havana’s streets from the 1940’s and 50’s, this move is finally about looking to the future.

So, we need to remember that Cuba is not just a winter escape. Its people may be on the doorstep of significant social and economic change. I wish our LCC musicians well as they prepare for their trip to Cuba. I hope that they will return and provide us with some interesting insights into how the Cubans view the proposed easing of tensions with the United States and what they hope for in the near future. The Cuban shuffle –change is indeed in the air!  – Christopher Shannon, Headmaster