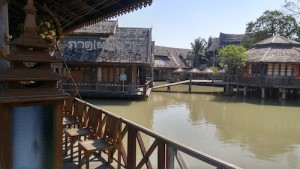 My time here in Thailand is almost up and I simply can’t believe it!

With the exception of Wednesday, it was a usual school week. I’ve been eating more cautiously ever since my incident with the super spicy Asian dish. I’ve also continued playing basketball and ping-pong. I’m getting so good at ping-pong that I’ve started beating some of the kids here. Well at least I think I’m playing better. They tell me that they’re just taking it easy on me but I think otherwise!

Last Wednesday was different than your typical day at school. I had the opportunity to take in some of Thailand’s culture and it was an incredibly memorable day. The school organized an outing for me, two Year 9 students, and another exchange student from Peru, Marianne, to visit a floating market, three temples, a family-run restaurant, and a local market.

Our first stop was the floating market. A floating market is a traditional Thai market where you take a boat down canals and buy goods while drifting by stalls and other boats. However, what we visited was not a fully authentic market. Marianne and I did not take a boat, but instead we walked between the stalls on land, which was just as cool. We bought some souvenirs and some dumplings, which were very good. Even though it was a bit touristy, it was nonetheless very different for the two of us and very cool to visit.

Our second stop was a temple park (i.e., many temples constructed next to each other, forming a type of park). There, we visited three temples. The first one we visited was an information centre, which explained the values of Buddhism, using Thai art. It was very pretty and enlightening.

We then stopped our sightseeing for a lunch break. We drove outside the temple park to a family-run Thai restaurant. Thankfully we were being chaperoned by a local woman who worked at the school, who spoke fluent Thai. I was grateful. She helped us understand the menu. I ordered a Pad Se Iw, which is a thick noodle dish served with bok choy and beef. It was delicious!

Finally, we went to a local market. Although it had no canals, it was very cool. Without a doubt, I was the only Canadian there. Everything was less touristy and felt extremely Thai. I did not buy much, although I did buy a bubble tea. It was the perfect ending to a great day!

Since then, not much has changed. Today, being Saturday, I’m staying in boarding. There are no trips this weekend because there is a massive senior tournament being hosted at the school, welcoming students from all over Southeast Asia.

Although I’m looking forward to returning home, I’m sad to think that I’m leaving the trip of a lifetime. I’m so happy with how my exchange turned out and I don’t want to leave. I don’t think it’s possible to summarize how life changing this experience has been. I’ve made memories that will last a lifetime and I’m very sad to be leaving the friends that I have made, the teachers I’ve met, the jokes, the weather, the Thai flowers and so much more.

It’s crazy how fast my time in Thailand has passed and unbelievable to think that I’m only here for another five days. I think when you’re on exchange, you’re so busy adjusting to a new school and a new life that you lose track of time. Even this week is going to be busy. This week is the school musical, “Once,” and I’ll be starring as the only flutist of the orchestra! It will be a lot of fun! I can’t wait! —Andrew Vandenbussche ’19, Exchange Student at Regent’s 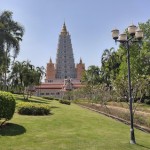 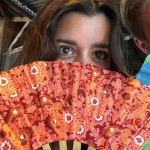 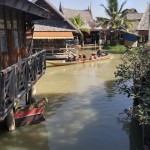 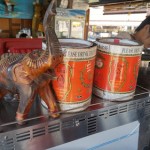 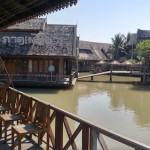