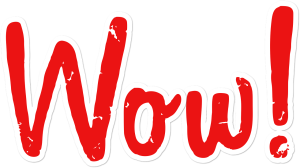 We all live in a digital information and innovation age, and every day we see or consume hundreds, if not thousands, of images and stories through various forms of media. Given that tsunami of information, I sometimes worry that we have all become somewhat immune to wonder and what I like to call WOW moments. That’s when an idea or development stops you in your tracks because it is simply awesome in every respect. Sometimes, we need to stop and think: WOW, that’s truly amazing! That’s happened several times to me in the past few months and I’d like to share a couple of my personal WOW moments.

Seven years ago, Quebecer Maurice Desjardins lost his nose, lips, teeth and upper and lower jaw in a horrible hunting accident after being shot in the face. Consequently, he couldn’t breathe, speak or swallow properly. After healing, he was so disfigured he hid away from the world.

Last fall, all of that changed with Canada’s first successful face transplant. Montreal plastic surgeon Dr. Daniel Borsuk performed the 17-hour procedure with the support of dozens of medical specialists. Desjardins also had prepared for two full years for his face transplant, including many hours with a psychiatrist to prepare for the possibility that his body would reject the face or the reality of taking on a whole new identity with a new face.

Dr. Borsuk and his team also practised for two years. The face is not a single organ, but involves many muscles, nerves, bones and skin. The new face came from a brain-dead man whose blood-type, skin tone and facial measurements closely matched those of Desjardins and whose family gave permission for the donation after his death. And a few months following the face transplant, things seem to be going well.

I find the whole concept to be astounding – in a good way – and clearly life-changing for the recipient, with incredible implications for people in the future who may be injured or disfigured in some way. For me, that was a real WOW moment!

Another WOW moment happened for me in December when I watched a segment of the CBS news magazine show 60 Minutes. It profiled Marshall Medoff, an 81-year-old eccentric genius inventor. Inspired by the beauty of his regular visits to a local nature reserve and the constant doom-and-gloom stories about our global environment, Medoff felt compelled to address significant issues harming our natural world. Despite his age and lack of formal science training, Medoff put his personal life on hold and concentrated on finding solutions in a rented garage for some fifteen years. He emerged with piles and piles of papers and hundreds of ideas, many of which he has since patented after seeking support from scientists who helped him move forward.

Three of his ideas are particularly notable and he has managed to receive private funding and turn the ideas into reality. First is the development of a completely plant-based sugar that is not harmful to teeth or the human body. Second is the creation of a kind of plant-based plastic that is fully biodegradable, and third is a fully renewable plant-based fuel that can power vehicles and heat homes. Each of Medoff’s initiatives has the capacity to address major environmental issues that threaten our sensitive global environment. Despite his lack of training, his ideas have developed into reality and the board of his company, XYLECO, is now populated by notable scientists and inventors. Amazing. Another WOW moment!

So I urge you to try and not be too casual about all the news that you absorb today and every day. Seek – and hopefully feel – your own WOW moments in the next several weeks before our spring break. Maybe you’ll be inspired and the next great innovator, just like Marshall Medoff or Dr. Daniel Borsuk. May the force be with you! – Christopher Shannon (Pre-U ’76), Headmaster