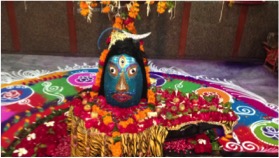 Imagine this, a display of fluorescent colours, laid on the smooth marble floor, to create fanciful patterns, such as bright fuchsia lotus flowers with forest green backdrops, or candles that burn purple flames, much like in a child’s dream. These picturesque creations are a renowned form of Indian artwork, known as rangoli. They are most often seen during festivals such as Diwali, the festival of luminous decorations, which commemorates the return of Lord Rama, as well as the triumph of light over darkness and during Holi, the festival of colours.

India is a diverse nation, which has multiple states that spread amongst its vast territory, and each state has its own customs and traditions including food which varies greatly within the country. If you visit the city of Bangalore, in the southern region of Karnataka, you will discover a white spongy, circular white cake made from rice, called idli, along with tasty coconut chutney. In the northern state of Punjab your mouth will water at the smell of fried parathas, filled with green peas and potatoes. Finally, In the state of Madhya Pradesh, your taste buds will be delighted to try bhutee ka kees, a corn based dish, served with chick peas.

When I’m not trying these delectable repasts, you will find me dancing in the Daly College dance studio. I have tried the Punjabi dance style, which incorporates sporadic jumping motions, as well as impeccable coordination. There is also a contemporary dance which requires gracefulness and balance. Finally, my favourite dance originates from Rajasthan, however, this one was too arduous for me to try, given the pots that must be placed on your head!

Though every state has minor cultural differences, each part of the country celebrates a month long tradition, celebrating the return of the god Shiva. People walk for days to temples to worship this god, transporting holy water in little pots hanging from each side of their body. Driving down the road, you witness a sea of saffron orange, with fanciful decorations as they pursue their quest to the temple. I take in the moment, not letting time evade me, and observe the wonder which lies in front of me. – Jane Robeck ’19 (Student Exchange, Daly College, Indore India) 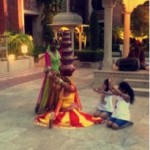 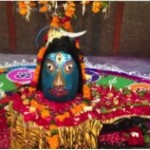