“Today is the time for humanity to recognize its oneness and live in peace and harmony.” 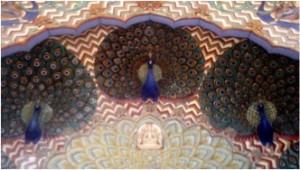 This phrase is written outside the Lotus Temple, a Bahá’í temple, located in New Delhi, India’s capital. It is dedicated to the messenger of the gods, Bahá’u’lláh, who believed that all religions were created in order for humans to live in harmony among each other. The Bahá’í religion supports people of all faiths to have free practice of their religion, to become better people.

Here’s a riddle: a golden triangle, a pink city, a lotus flower, a marble palace and a king named Singh. On the week of July 13th we saw the cities of Jaipur, Delhi and Agra, three of India’s most well known cities, which form a triangle in the Northern regions of Rajasthan and Utter Pradesh. After taking a domestic flight to Delhi, we navigated the streets of Delhi using a rented car, much like a game of chess. If one player were to make a move we needed to be prepared to secure ourselves a safer position on the street. We made our way to the Lotus Temple, which is shaped like a white lotus flower, while its inside ceilings are bare and echo the sound of one’s voice. It also has many green gardens that give it a peaceful atmosphere, much like Ghandi’s memorial, which holds the ashes of Mahatma Gandhi, a renowned peacemaker.

As the trip progressed, we visited a number of forts such as the red fort, built along the Yamu River, under the order of Shah Jahan in 1639. Today it is the place where the flag of India is hoisted every August 15th to celebrate national Independence Day. We saw the Qutub minar, which holds an ancient mosque facing the west, towards Mecca, as well as a Hindu temple. Our next stop was the city of Jaipur, which was painted pink in 1876 for the Prince of Wales. There we found breathtaking palaces with its peacock gates and paintings with crushed jem stones decorated to the liking of a king, named Maharaja Jai Singh. Finally, we arrived in Agra and saw a palace made of marble and moonstones, which catch the light at sunrise and sunset. This palace is the Taj Mahal.

Sadly, our trip had come to an end, but I knew there would be more adventures awaiting me. – Jane Robeck ’19 (Student Exchange, Daly Collgee, Indore India) 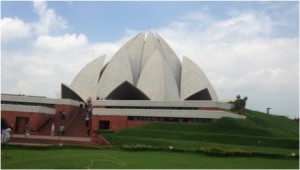 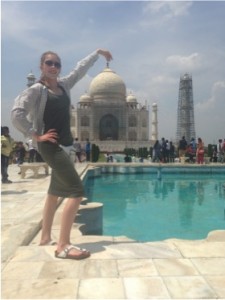 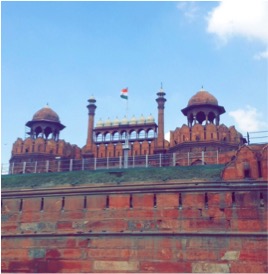 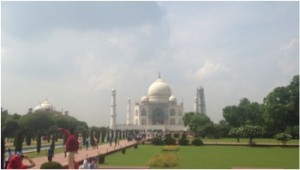