I have been in Johannesburg for a little over a month and this exchange is going by so fast! I wish I could stay longer but sadly I only have two weeks left. I have experienced so many new things and discovered the history of their beautiful country.

In the past month, I was lucky enough to go on two community service days. We visited two different schools and they were both amazing experiences. The first school we visited was one for refugee children. These children have gone through so much in their lifetimes but they are all happy and so interested. The second school was for children with learning disabilities. This school surprised me because there are only three classes. It was so nice to meet all the kids.

I visited Constitution Hill and the Apartheid Museum and learned about the history of the Apartheid government and their oppression of coloured people that ended only in 1994.

We went to Cape Town for the weekend and I got to visit so many different places such as Robben Island (where Nelson Mandela was imprisoned for 18 years), Two Oceans Aquarium, the Cape Wheel, V&A Waterfront, Table Mountain, Camps Bay Beach and a market with local vendors. I met a man who was put in Robben Island Prison as a political prisoner for standing up to the Apartheid government. I heard his story of the horrible treatment of prisoners and the way that they were forced to live. I was surprised to learn that many former political prisoners still live on the island! Cape Town is a beautiful and historic city and I would love to go back someday.

Saints is very different from LCC in many ways. With their extra-curricular activities, people often finish school around 10 pm even though classes end at 2:40 pm. Their sports are also different. I have tried new sports such as netball and diving. They are both fun and popular here. Also, some sports that are popular in Montreal, such as ice hockey and basketball, are not popular here. Lastly, their campus is huge compared to LCC, with a labyrinth of boarding houses, a chapel, two field hockey turf fields, a dam, three pools, tennis courts, netball courts, seven separate schools, as well as countless sports fields.

I have gotten used to the girls-only school but it is very different from LCC. Even though the boys and girls are on the same campus, they are very separate and boys and girls rarely see each other. I think that coed is a nicer way to go to school.

My host family has been so nice and welcoming and has worked hard to make sure that I enjoy my time here. I will be sad to leave all my new friends who have made me feel like South Africa is my home. I will miss South Africa and I hope that I can come back one day.– Natasha Ryan ’19, Exchange Student at St Stithians Girls’ College 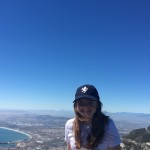 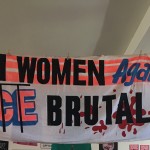 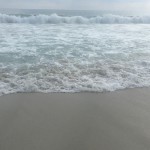